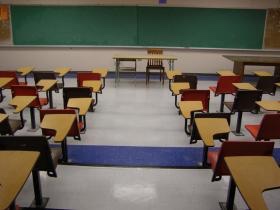 Friends, fellow activists, especially my fellow Jews, this post is to bring your attention to what has been happening in East Ramapo, NY (Rockland County) for the past number of years, as the Haredi community has taken over the local school board, and systematically deprived the public school students of the East Ramapo School District, most of whom are poor and minority, of even a remotely acceptable public education.
For background on the issue, please read this New York Magazine article, or listen to this episode of This American Life.  You can find many resources on the issues, as well as a CALL TO ACTION at http://www.strongeastramapo.org.  Recently, Meryl Tisch (NY Regents) and David Sciarra (Education Law Center) joined the call for the New York Legislature to pass a bill establishing state monitoring of the East Ramapo district to put an end to these abuses with an Op-Ed in The New York Times.
The East Ramapo school board has accused its critics of anti-Semitism, which is part of why I think it’s particularly important for the Jewish community to speak out against its abuses of the gentile students who attend its public schools.  Rabbi Jeffrey Salkin made a strong start with his piece and Rabbi Ari Hart with his.
Specifically, at the moment the major issue is the bill that just passed the NY Assembly today to establish long-term state monitoring over the East Ramapo school district.  The NY Senate is being resistant to posting this bill for a vote, and the legislative session comes to an end this coming WEDNESDAY, JUNE 17TH.
Today I spoke with Rabbi Adam Baldachin of Rockland Clergy for Social Justice.  They are in all-hands-on-deck mode looking for all of the media coverage and additional support from civil rights groups, Jewish groups, and any other groups that will sign on in support of this bill.  Please consider lending your support to this bill, and to stand up for American and Jewish values even when it is some of our fellow Jews who are doing the oppressing.  We must make sure that our own house is in order, and as Rabbi Salkin states, what is happening in East Ramapo is a shonda.
Thank you for your time, attention, and help spreading the word and pressuring the New York State Senate to pass this bill.  Below is the list of groups that have already signed on to support the legislation:
JUNE 9, 2015
IN SUPPORT OF A. 5355 S. 3821 FOR EAST RAMAPO OVERSIGHT LEGISLATION
RELIGIOUS AND CIVIL RIGHTS ORGANIZATIONS
Alliance for Quality Education
American Jewish Committee
Anti-Defamation League (ADL)
Bend the Arc, Jewish Social Partnership for Justice
Editorial Board Journal News
JALSA-the Jewish Alliance for Law and Social Action
Jewish Labor Committee
Jews for Racial and Economic Justice
New York City Bar Association
New York Civil Liberties Union
New York State Conference NAACP
Reconstructionist Rabbinical College
Reform Jewish Voice of New York
Religious Action Center of Reform Judaism
Rockland Business Association
Rockland Clergy for Social Justice
Rockland County Executive
Rockland County Legislature
Rockland County School Boards Association
Rockland Board of Rabbis
Uri L’Tzedek Orthodox for Social Justice

Thank you for standing up for this community.  This is why we are a democratic republic.  We need checks and balances to make sure that a local majority — of any race, religion, ethnicity, or creed — does not trample on the rights of the minorities in its midst.  As an education activist, as a Jew, as an American, and as a human being, I thank you for your support.